When Cornelius Cobb, known to his friends as Corny, opens a string of brothels staffed entirely by female robots, he sees it not only as a good business idea, but as a humanitarian gesture as well. Lonely men will get their needs met in a safe environment, police will be spared numerous vice raids, and human trafficking will diminish.

Poor, naïve Corny! Little does he suspect what happens to anyone who interferes with the time-honored relationship that exists between the law, religion, and those who provide succor for the male sex urge.

Though his brothels are a roaring success, they incite the rage of the police, civic and religious groups, and unemployed sex workers, all of whom unite to come down on Cobb like a ton of bricks, threatening not only to destroy his brothels, but also to destroy his life.

To keep his business going and to stay alive, Cobb has only three allies; a militant feminist lawyer, a vicious loan shark, and a local Catholic priest.

The characters in these stories are not prone to philosophical musings, inchoate longings or gender identity issues. Whether they be a tomb-painter in ancient Egypt or an astronaut returned from a long voyage, a waiter in a Three-Star restaurant or a soldier in the trenches of World War I, they each know exactly

In their struggles they display the same vanity, perfidy, mendacity and saintly aspirations found somewhere among all peoples, in all cultures, and in all ages.

This is the story of Henry Falk, who suffers from seasickness so badly he gets nauseous watching waves at the beach. Henry has fallen deeply in love with Julie Morris, an accomplished blue-water sailor, and when she asks him to sail with her across the Atlantic, Henry is powerless to refuse.

He goes on board with a medley of meds concocted to deal with his seasickness, and they do a pretty good job. but with one serious side-effect: they kill his libido.

As the voyage goes on, Henry is unable to abide his failure as a lover, so he forsakes his meds, with disastrous consequences.

These are not tales of love, loss and redemption. Whether they meet in a a cafe in Paris or a bar in Saigon, a remote village in Thailand or a trendy bistro in Brooklyn, the characters in these stories have no interest whatever in the eternal spiritual verities. Their pursuits are entirely earthly, and their troubles really begin when they get what they want. 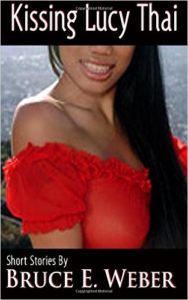 As with all of Bruce Weber’s short-story books, the settings for these tales span the globe, from the leafy suburbs of Scarsdale, New York  to the steamy jungles of Laos, from the desert canyons of the Southwest to tiny villages in northern France, and from a stuffy apartment in Tel Aviv to the banal suburbs of Las Vegas.

But settings are no more than stages for the same dramas enacted daily by people around the globe. Driven by love or lust, greed or compassion, hate or mercy, they act out in their individual lives the destiny of our race, adding their own unique contributions to the ongoing Human Comedy 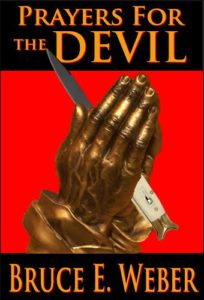 This is the story of Frank Coyle, a veteran police officer who has never met his monthly quota of traffic tickets, has never fired his service weapon, and who believes that putting anyone but violent criminals in jail is cruel and unusual punishment.

And yet he has managed to impose a lasting peace in his city’s most violent, crime-ridden area.

During his career, he has used highly unorthodox methods to maintain that peace, but now, things are starting to catch up with him. 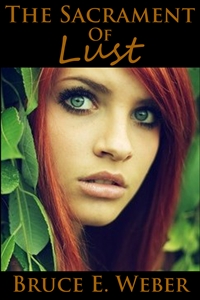 Lincoln Porter is an Iraq War veteran suffering from agoraphobia. He is terrified of open spaces, bright lights, loud noises, and crowds. He lives in a tiny darkened apartment which he only leaves once a month, reading psychology books and endlessly psychoanalyzing himself.

But Porter learns that running from life is not always so easy, that sometimes a man’s fate comes searching for him as relentlessly as the Hound of Hell, and that one afternoon, on a Saturday like any other, would come knocking at his door. 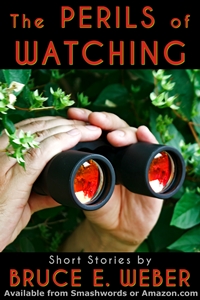 The settings for these stories range from the steamy riverbanks of Thailand to the hallowed halls of classical music, from the torrid deserts of the southwest to the streets of Boston, from the mountains of Montana to dusty villages of India, and from a snooty club for the rich to the potholed streets of a rundown crime-ridden barrio.

Regardless of the setting, human beings are always doing the same things: loving and hating, sinning and redeeming, devils one minute, saints the next. 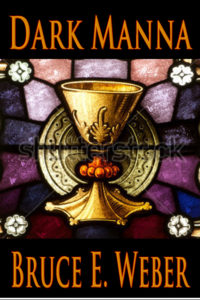 Father Gerry Gowan is wrongly accused of embezzling Church funds. In disgrace, he is sent to St Martin’s, a rundown parish in a violent, poverty-stricken area the local police refer to as The Swamp. He’s bitter about the assignment until he learns that St. Martin’s is an outpost of desperately needed social services in an area whose toxic racial mixture is primed to explode.
Nothing in his background has prepared him for the urban bloodbath of The Swamp, where the crime rate is the third highest in the nation, gangs engage in open warfare, and less than half the population speaks English.
Aside from that, St. Martin’s century-old buildings are crumbling. The roofs leak, the furnaces are kaput, winter looms, and the parish is mired in penury. Father Gowan is warned by his bishop to expect no financial aid; the diocese is strapped for cash. Despite the odds, he’s determined to save his parish. He tries every legitimate way he can think of to raise money, but when those measures fail, he resorts to criminal means.
In his efforts to save St. Martin’s, Father Gowan contends with his bishop, who would like to see him defrocked and St. Martin’s sold off. He dodges a local crime boss who wants him dead. He struggles to avoid a romantic entanglement with Rosa Dominguez, a sultry widow who reveals her sinful thoughts to him in confession, then invites him to dinner. But none of these problems plague him as much as the gnawing realization that crime suites him better than the priesthood.

In this eclectic collection of twelve stories, Bruce E. Weber brings together humility and arrogance, spirituality and aggression, innocence and harsh lessons to illuminate the human experience, that the lighter and darker sides seldom exist in a vacuum and that serendipity and irony often play major roles in the ever-evolving landscape of human life and human interactions. A hardened Brooklyn gentleman who evokes thoughts of Jack Nicholson finds compassion and love in a McDonald’s in Nogales, Arizona; an adventurer recently returned and relaxing from an extended backpacking trip along a picturesque river witnesses an amazing act of will; a harried businessman learns peace and the value of being still from a master and repays him with mobility; a detective inadvertently solves a decades-old mystery that rocked a city; a middle-aged lothario, offered a chance to avoid embarrassing himself with a much younger woman, takes it and in so doing impresses her more than he thought possible; a young man learns humility and that some debts simply can’t be repaid; a burglary victim becomes friends with the cross-dressing burglar; a well-meaning would-be rebel strikes a blow against the gray-suits only to realize the folly of his attempt at heroism; a middle-aged man, finally able to live his dream on a 40-foot ocean-going boat discovers it’s been hauled away but receives a much greater reward for his anguish; a veteran police officer learns the hard way that perhaps he should be in another line of work, even as his rookie learns he’s perfect for the job; a felon who finds enlightenment seeks forgiveness for past sins and learns he isn’t quite as enlightened as he thought; and a young boy learns the true meaning of loyalty, responsibility, and forgiveness.