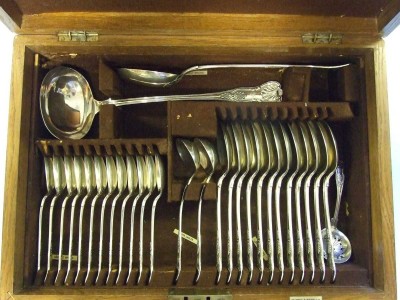 Standing only 5’4″ but strongly built

, Nordahl’s skills are legendary among police on the east coast and in the south. And his ability to evade capture has driven the constabulary nuts. He has learned to pacify vicious Rottweiler guard dogs, disable elaborate security systems, escape from massive police dragnets, making off with loads of silver, which he carried in garbage bags, most of it sold to a jeweler in Manhattan and eventually melted down. Even when apprehended and grilled, police were unable to find enough evidence to convict him. This is amazing, considering that he often pulled off three jobs in one night.

A clue might lie in the fact that Nordahl’s father David is a highly successful painter of western scenes. In trying to understand the motives of his son Blane

, one must keep in mind that the essence of any life dedicated to an artistic practice is the psychological condition known as obsession.

Any person who has committed themself to an artistic practice will confirm the role of obsession in their lives. That is what makes Nordahl return to his gig time and again. Theft is his art. It would be as impossible for him to give it up as it would for his father to throw away his paint brushes

, because not to do it is not to exist.

Guys like Nordahl fulfill a valuable function in society. Their exploits

, though larcenous, are inspiring. and they keep a certain percentage of the police force occupied, leaving them less time for harassing the rest of us