And that chair he set the music on is a story in itself. Known as “The Pygmy Chair” it was given to Gould by his father when he was a boy, and Gould carried it with him around the world. He was so admired by his fellow musicians that he had to have the chair guarded when he went to the restroom during rehearsals, for fear they would snip off a bit of it as a souvenir. He used this chair to the end of his life

, and for decades, long after the upholstery had worn away, it was held together with wire and spit. Gould loved it because it swayed and rocked as he did while playing, and it made such loud creaks and crackles it gave recording engineers fits trying to edit out the noise. 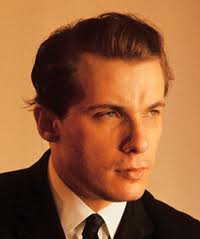 By the age of thirty Gould was not only a world-renowned genius, but one of the best loved performers on earth. His concerts were sold out months in advance. Women sent him letters pledging undying love. But Gould hated the concert scene. A raging hypochondriac who suffered from insomnia

, he took numerous pills, including tranquilizers. His pillheadedness was well known. He once replied to a newspaper article about it. “The press claim that I travel with a suitcase full of medications. This is a gross exaggeration. It is merely a small briefcase.”

, but it may be that Gould’s lifelong search for a suitable piano that could allow him to manifest his colossal gifts was his greatest burden (aside from his wacky personality, of course.)

He had already resigned himself to the limitations of the Steinway, a piano built to create the resounding volume required to deliver the Romantic composer’s music to the concert audience. But Gould thought the Romantics were narcissistic and showy. He was a Bach man all his life

, and had only one goal – to interpret as faithfully as he could the great Johann Sebastian’s intentions.

Edquist’s road to prominence in his field was as rutted and rocky as Gould’s was fortunate. Born into implacable poverty in rural Saskatchewan, he had lost 90% of his vision in early childhood, and at the age of 11, having never been outside his village, he boarded a train that would carry him across Canada to a school for disabled children. Piano tuning was a common trade for the sight impaired

, and Verne took to it immediately, spending decades working his way up to the top.

Though Verne Edquist and Glenn Gould were different in many ways, when it came to producing the music, they were brothers under the skin. Gould had long since given up performing in concerts and had dedicated himself to recording the works of the Baroque Canon. At each recording session, Verne was nearby listening intently, and when there was even the slightest slippage in CD 318

, Gould would stop playing and nod to Verne, who often had heard the problem already. Verne descended on the old piano with his tools, and when the problem was solved, the recording continued.

Glenn died unexpectedly at the age of 50 in 1982, with a long list of musical projects planned. Had he lived, there’s no doubt that he would have further enriched his already great legacy. Though his premature death was a tragic loss

, his many recordings, most notably those of Bach’s Goldberg Variations, are musical gifts that the world will cherish forever.